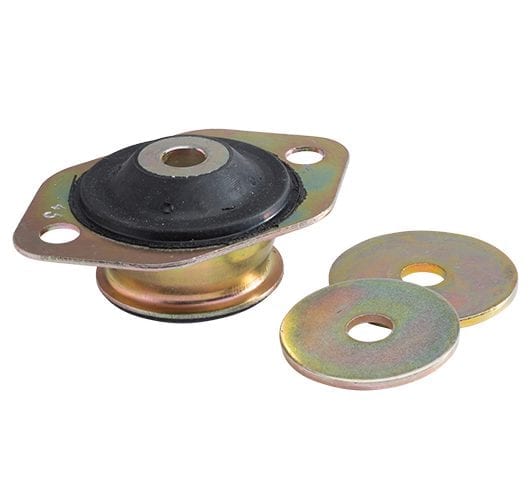 Cab mounts, limit movement under high shock loads. Cone mounts are designed to provide a captive solution and offer progressive stiffness characteristics. They are generally supplied with protective overload and rebound washers to limit movement under high shock loads. Cone mountings can also be referred to as cab mounts. GMT manufacture a wide selection of cone mounts in a variety of sizes and installation configurations, and they are often available from stock. Different rubber compound options can be offered to suit specific environmental conditions.

The captive, failsafe design of our cone mounts makes them suitable for use on mobile applications subjected to high shock loads, such as off-road/rough terrain vehicles or marine systems. Some cone mounts can be offered with cutouts or slots in the rubber section, providing different stiffness characteristics in the two horizontal planes.