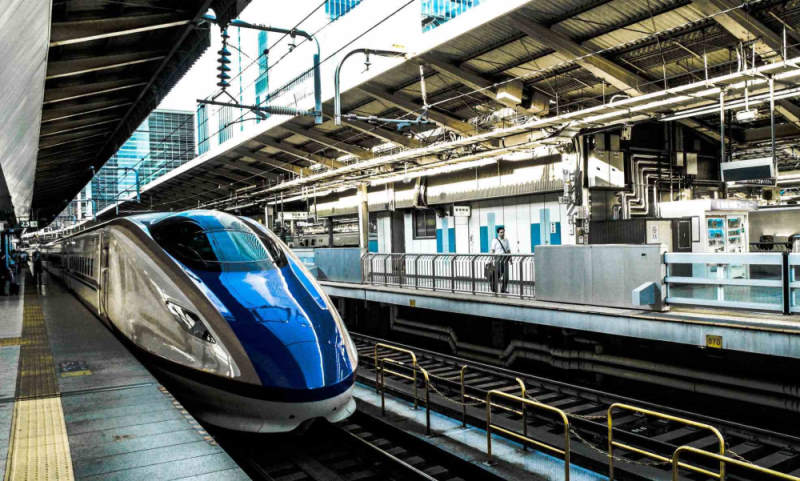 With train usage increasing, there is more pressure than ever for the rail industry to keep up with the ever-changing landscape of railway technology, alongside the need for faster trains becoming more pronounced. An increasing number of people are choosing to travel with trains over long distances instead of driving, so to keep up with this the rail industry has put into effect the plans for the High-Speed railway connecting London, Birmingham and eventually Manchester. Railways like this will manage to reduce commuting times and encourage citizens to work further from home. However, these are long-term plans. These HS1 and HS2 rails will inevitably work as a catalyst to speed up the rail system in general, and as Railway Technology identifies, this is needed to cater to the increasing number of mobile citizens.

However, is there enough investment in advancing the current rail system to keep up with the ever-growing usage?

The evolution and growth of the rail industry is not limited to the UK either. The global market for railway technology is expected to reach a staggering average annual value of 185000 million euros between 2019 and 2021. This is a dramatic increase from the 159 million euros that the market was estimated to be at between 2013-2015. The huge amount of investment and support should only mean that the rail industry will get more technologically advanced. This is what has led to the development of digital signalling and the soon-to-be widespread use of it, new lines being built, a new contract with Siemens to improve the London Underground trains, the highspeed rail and much more.

However, as exciting as these advancements are for the landscape of the British Rail, the need to improve our current railways in order to keep up with the increased usage is getting ever more pronounced. Improved tracks, buffers, and wheels would mean decreasing damage to the trains and the lines. Investing in the newest vibration and noise isolating technology alongside this would reduce maintenance time, which is exactly what the increased rail usage in the UK is in need of.

Importance of Railway Maintenance and Technologies

With these advancements there is still going to be the constant demand for comfortable and safe travel. Customers want to get to their destination quickly, but without feeling the intense vibrations that would normally come with travelling at high speeds. It’s also extremely important for the railway industry to keep noise to a minimum, particularly as many existing and future lines pass through populated residential areas. It’s factors like this that make the need for constant investment in railway maintenance so imperative. Without continued and efficient maintenance, lines run the risk of becoming damaged or inefficient, which can have detrimental impacts on reliable train services and commuters’ journeys.

The Importance of Shock and Vibration Isolation 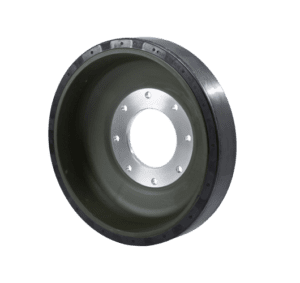 In the railway industry, the largest level of noise produced by the trains is a result of vibrations generated by the connection between wheel and rail. The way that the railway line and train respond to each other must be of extremely high quality to ensure efficiency of the train, noise reduction, and to prevent parts from wearing out and becoming damaged. This means that investment in quality railway wheels, lines, train buffers and suspension technology is absolutely essential. Specialist items such as quality rubber wheels (‘resilient railway wheels‘) are designed to reduce the noise and vibrations produced by the interaction between wheel and track. Investment in these products is essential and helps to maximise efficiency in the railway industry.

The London Underground is an example of a railway that can be extremely efficient, but is argued to not have put enough investment into vibration isolation and noise reduction. This is exaggerated when the carriages run underground. Fortunately, this can be forgiven as the noise of the train is hidden beneath the ground and most people are travelling on the trains for a short period of time. It is also near impossible to stop the rumble from the underground due to the close proximity of the tunnels.

However, with the London underground services, efficiency and speed comes first, and comfort comes second. Experts have even warned multiple times that the extremely high noise levels run the risk of giving tinnitus or damaging the hearing of regular train users. However, we may see an imminent change; with the contract to build 70 new tube trains awarded to Siemens in 2011, we will soon start to see the effect of new rail technology and with that comes a comfortable underground journey with built in air conditioning. These new trains will make full use of the highest quality anti vibration and noise reduction rail technology advancements, meaning they will be smooth, comfortable and as quiet as is possible.

What Can Be Done?

The advances in railway technology are often centred around making the trains themselves perform at higher levels. Rightly so, as this does improve efficiency and the speed that trains can travel at. However, as was mentioned earlier, railway maintenance must improve as trains improve. A lot of delays are caused by problems with the railway tracks, which have been damaged due to the faster trains that use them and the cold weather conditions experienced over the winter months. This is often related to the intensity of the vibrations that are produced by these extremely fast-moving trains.

One proven method of halting the damage caused to the track is through the use of train buffers and railway buffers. Products such as these are made from specially designed rubber that are made to efficiently absorb shock and vibrations from the train. This is a cheap and effective way of creating a smoother experience for rail users whilst extending the life span of the trains and the rail. As Railway Technology Magazine states, some rails have also started using resilient rail supports or floating slab tracks to help reduce the levels of vibration given off at night. This is another cost effective option.

At GMT, we have also seen an increase in the purchases of axle and wheelset protectors, which are specifically designed to protect train wheels and axles against ice and stones. Technology like this helps to extend the life of trains and train tracks and therefore allows us to invest more into newer, faster trains, as opposed to spending so much money on repairing old ones.

At a point where most of the investment is directed to advanced technology, such as highspeed or digital rails, it is essential that we invest in making sure our current railway system is up to scratch. This means investing in the newest vibration and shock isolation technology to make sure the train journeys are smooth and efficient. It will also ensure that the lifespan of the trains and the trainlines is extended and keep railway maintenance costs low and affordable. This will save a lot of money for the rail industry in the long run and make sure that our current rail system is quiet, efficient and comfortable before we make the inevitable switch to highspeed railways. This is essential to keep customers happy whilst the slow transfer process takes place.