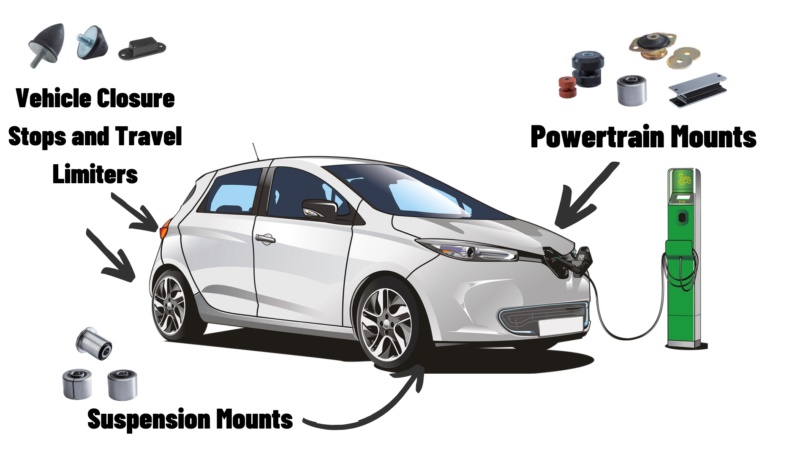 An Introduction to Anti-vibration and Vibration Control Electric Car Components

Originally, in July 2017 the government announced a ban on the sale of any new diesel, petrol or hybrid cars by 2040, in an effort to dramatically reduce air pollution. This comes as a strand of a larger plan to attempt to emit zero carbon by 2050. As such, as of February 2020, the banning of petrol and diesel cars by 2040 was brought forward to 2035 “if possible“.

In connection with this recent news, over the past couple of years more and more electric cars are appearing on the roads and are now seen as a more eco-friendly option with the ability to contribute towards a dramatic reduction in greenhouse gas emissions. However, many people are still in the dark about electric cars, the benefits they bring and are unfamiliar with the components this new economically friendly vehicle uses; in this post, we cover all the above.

We all know that an electric car is more eco-friendly, but in what way?

In terms of both running and maintaining an electric car, the cost over time is significantly less than that of current diesel/petrol cars. As an electric car needs to be charged in order to run, there will be the upfront cost of an electric car charging station, however, over time the cost of running will be much lower overall.

In regard to maintenance, as there are fewer moving parts in an electric car, there is little servicing needed to take place. Batteries in the car will need replacing in time, but other than batteries, the rotor, brakes, tyres and suspension, there is little else to maintain.

As the air quality will be improving, so will health and current risks to the body that are caused by engine emissions and air pollution. Electric cars mean healthier surroundings and air, which in turn means we are breathing in fewer carbon emissions every day. 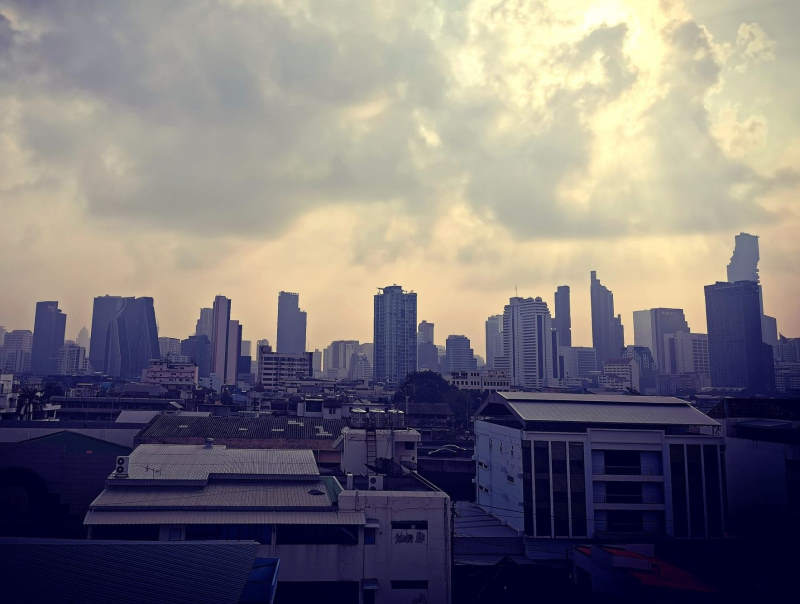 An electric car is made up of multiple components, many of which are made of or incorporate rubber. Below, we highlight three key areas of the car which require rubber-to-metal components:

The powertrain of an electric vehicle is clearly different to that of a traditional internal combustion engine. However the latter is typically out-of-balance and creates periodic vibrations which must be minimised from being transmitted throughout the vehicle. In addition, the drive or ‘torque’ created by the engine must be counteracted by the mounts to hold the engine in place. An electric motor does not create the same kind of vibrations as an internal combustion engine but it is still exposed to high shock loads and generates high levels of torque, both of which must be counteracted by the use of powertrain rubber mounts. Typically GMT Cone Mounts, Bushes and H-mounts are used to mount the powertrain and significantly reduce these effects, thereby improving passenger comfort and improving longevity of vehicle components.

Electric vehicles tend to be heavier than their internal combustion engine counterparts primarily due to the weight of the batteries which remains significant. However, the fundamental suspension design remains the same albeit that suspension components are tuned to control the differing weights and vehicle characteristics. Typically GMT rubber bushings are used which consist of two cylindrical metal sleeves, one inside the other, which are held together by rubber bonded between them and the rubber is engineered to provide the desired characteristics for ride and handling on all types of surfaces.

Vehicle closures on electric and internal combustion engine powered vehicles all require rubber parts to protect against shock and metal to metal contact. They also help to reduce noise and prevent damage to components. Rubber bobbins are often used in many scenarios where ‘soft’ shutting is required; with common examples of this being either on car doors or on the tailgate of the vehicle. They’re a simple but effective solution to protect against any vibration or shock, thus preventing the vehicle from any damage.

Should you have any questions regarding anti-vibration solutions for electric cars, or any vehicle within the automotive industry, please contact us for further assistance and information. GMT Rubber has over 50 years of experience and industry knowledge at its fingertips, and we are happy to help you with any queries you may have.